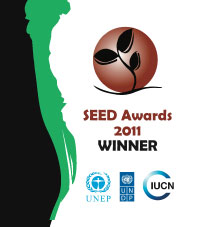 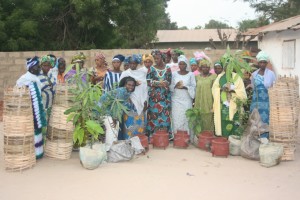 Another 5 stoves, briquettes and seedlings for Takku Liggey Women Group

Carola Guenther from Krefeld, Germany, came for holidays in
The Gambia in April 2012, representing the initiative, who already donated
three stoves in March. She handed over another donation of fuel efficient
stoves, briquettes and seedlings on behalf of Peter-Michael Friedrichs and
Margret Schilling to support the women of “Takku Liggey” women group. 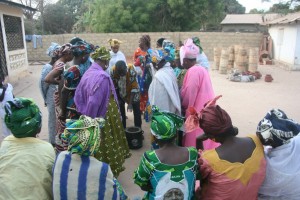 Alhagy Susso demonstrates the stove to the women

Maimouna Jammeh, mobiliser of the women group and one of the
first users of briquettes in fuel efficient stove, together with  Alhagie Susso, head of GreenTech’s environmental awareness raising team, demonstrated the use of the fuel
efficient stove to the women group. The donation was handed over to Awa Badjie,
Yandeh Huma, Yassin Ceesa, Haddy Corka and Isatou Sarr, who demonstrated their
gratefulness with traditional drumming and dances.

Carola Guenther expressed her delight to observe the concept and operation of Takku Liggey Women Self Support Group, which she commented as a very useful initiative.

If you would also like to donate a fuel efficient stove and
a starter bag of briquettes for GMD 400 (about 10 Euro), respectively add a
seedling and its protection for GMD 200 (about 5 Euro) please contact GreenTech
management per e-mail ([email protected]) or call 00220-6662622.